Plastic: Why & How It Is Recycled

You may not realise it but we are living in a plastic society. Nearly everything contains plastic, the clothes you are wearing, the screen you are reading this on, the car you use to drive around in; plastic is everywhere. But what happens to these things once they are no longer needed? The answer may interest you.

The majority of plastic used in the world today started off as petroleum, a kind of oil, which is essentially a mixture of living organisms that have long since decomposed. The oil housed in the earth is not infinite and with it being used to fuel our cars and produce numerous other materials, it is important to preserve what we have and not be frivolous with it.

This is why recycling the plastic we have already created is essential, but it is not the only reason. Despite coming from decomposed matter, the plastic itself is not bio-degradable; it does not rot, decompose, break down or is in any other way affected or recognised by the organisms that are normally responsible for destroying organic material.

The reason for this is most simply described as plastic is something so unnatural that nature has no concept of it, and as a result, has no means by which to act upon it. This is due to the excessive heat that is part of the process that converts petroleum into plastics. The level of heat used is so high and causes such a major change at the molecular level, that in nature’s billions of years of experience it has never come across anything like it. So unless we want all the used plastic in the world filling up landfills or floating in our oceans it is our duty to ensure that it is properly disposed of.

The correct way to deal with plastic is to have it recycled, so that it can be re-purposed and we can make the best of its indefinite lifespan. The manner in which plastic is recycled is dependent on the type of plastic it is, as all plastics can be grouped under one of two headings, Thermoplastics and Thermosetting. The main difference between the two is that thermoplastics can be heated and reshaped over and over again whereas thermosetting plastics, once cast, cannot be made pliable again and will simply burn if exposed to high temperatures. It is therefore important to realise that thermosetting plastics cannot be recycled in the same manner in which thermoplastics are.

Recycled thermoplastics are often used in paints, clothes, car interiors, headphones, and some even get remade into what they were originally such as bottles, but how do they get to this point? Before thermoplastics are recycled they are sorted into different sub-categories based on resin types and colour before being pulped and shredded. The next step is to get rid of all the non-plastic impurities such as paper labels, cardboard, tissues stuffed in bottles and so on, which is done through a number of different processes. Finally the shredded plastic is melted and shaped into small pellets which can be more easily converted into new plastic products.

There are other methods of recycling thermoplastic that cannot be done to all types. Having originated from oil, some types such as Teflon can be converted into reliable high-quality fuel. Another way is to clean and shred unsorted thermoplastics, and melt them all down together in large spinning barrels. Thermoplastics can also be used to assist in the recycling of other materials such as iron and steel, because plastic contains carbon which is a major ingredient in the creation of steel, alongside iron.

As previously stated thermosetting plastics cannot be re-shaped once they have been given their initial shape, and if exposed to heat will simply burn and give off toxic fumes that can harm the human body and will also contribute to global warming. It is for this reason that thermosetting plastics are used in more long-term items such as computer screens, cars, circuitry, models, medical implants, etc. But even these things will need to be gotten rid of one day which is why their disposal is still such an issue.

That is not to say that thermosetting plastics cannot be reused in other ways. It can be crushed and the pieces mixed in along with other materials such as concrete or wood to be used as aggregate and to create a plywood type of material. Additionally due to the growing awareness about plastic recycling it is often used in art and other kinds of creative instillations to prevent their destruction and draw further awareness.

There is a third type of plastic worth mentioning which is bio-plastic, plastic derived from plants and vegetables, such as corn. These types of plastics have been in use since before petroleum based plastics, but they do not have the same durability and resilience to damage. To the point that even today if you were to place condiments like mayonnaise or ketchup in some bio-plastic containers it would likely degrade before its contents would even begin to spoil.

Bio-plastics are however becoming an increasingly common substitute for short-term food containers and packaging. This is because, while it is organic, bio-plastic has been treated enough that it will not break down as fast as perishable items such as meat, fruit, dairy, etc. This means the plastic containers that are commonly used and disposed of would be bio-degradable and would not run the risk of being sat in a landfill for the next millennium.

Bio-plastics are not capable of replacing oil-based plastics due to its inherent weaknesses. As a result the efficient recycling of plastic is essential if we hope to sustain its use and our way of life into the future. 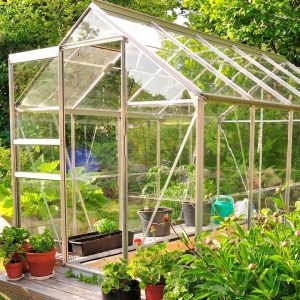 5 Reasons Why You Should Have a Greenhouse!

If you have some spare room in your outdoor space you should absolutely look into getting a greenhouse! Greenhouses are perfect for beginners and keen

What is the Difference Between PLEXIGLAS® and Plexiglass? 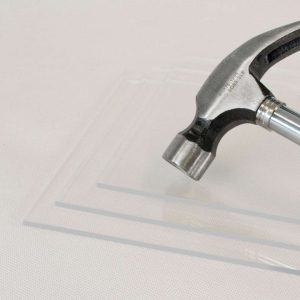 Polycarbonate (PC) is our strongest clear sheet material and is incredibly popular due to its features and functionality. It can be used for many applications